The idea of cooling survivors from cardiac arrest has a long and storied history. In perhaps the most famous, although fictional, example of the efficacy of hypothermia, a military hero named Steve Rodgers went into the ice during operations over the Arctic Ocean in 1945. After being successfully resuscitated nearly 66 years later, no cognitive or physical impairment was evident in this soldier also known as Captain America. Despite powerful fictional anecdotes such as this and others, the evidence guiding routine use of mild therapeutic hypothermia remains elusive.

For nearly 20 years, controversy has followed, primarily from a prospective multicenter trial testing mild therapeutic hypothermia versus normothermia in survivors of out-of-hospital cardiac arrest.1 This prominent trial identified a risk ratio of 1.40 favoring good neurological outcome in the hypothermia group, along with a corresponding benefit on mortality. These data, among other studies and observational series, ultimately resulted in recommendations for mild therapeutic hypothermia entering into clinical guidelines.2

Following initial adoption of therapeutic hypothermia, the precise ideal temperature for hypothermia remained an open question. Subsequently, in 2013, the first Targeted Temperature Management (TTM) trial tested active temperature management of 33° C versus 36° C following cardiac arrest in a much larger trial population.3 This trial was unable to identify an advantage of 33° C over 36° C, adding substantial uncertainty regarding both implementation of and the fundamental principle of therapeutic hypothermia. Given this lack of observed difference between temperature targets, it became necessary to take a broader look at whether hypothermia conferred a benefit or simple avoidance of pyrexia.

Finally, this August, the Targeted Temperature Management 2 (TTM2) trial was published, reexamining the fundamental question of the value of therapeutic hypothermia.6 Enrolling 1,900 patients in the largest trial addressing the question to date, study procedures tested 33°C and controlled rewarming against targeted normothermia and early treatment of pyrexia. The primary outcome was mortality at six months, along with secondary outcomes of functional outcome and other adverse events.

Like the TTM trial before it, this second iteration was unable to identify any advantage to therapeutic hypothermia for any patient-oriented outcome. Mortality at six months was similar, as was the proportion of patients with severe disability. Regardless of subgroup, including shockable and nonshockable rhythms, there was no further signal for potential benefit. Prespecified adverse outcomes while hospitalized were more common in the therapeutic hypothermia cohort, primarily manifesting as an excess of arrhythmias resulting in hemodynamic compromise.

Somehow, then, after 20 years of investing in cooling infrastructure, protocols, and research, we are back to nearly where we began and still with many outstanding questions. It is becoming clearly unlikely that therapeutic hypothermia, down to 33° C as implemented in these trials, provides a beneficial effect. Additionally, the biases in these trials virtually all favor the therapeutic hypothermia arm, considering their open-label nature. Clinicians and families are less likely to de-escalate care for patients randomized to an active intervention as compared to those in a control arm. Where possible, protocols and conservative withdrawal of care assessments aim to reduce early de-escalation, but this bias can only be minimized, not eliminated.

Additionally, it still is not possible to determine the benefit of active temperature management using intravascular or external devices versus simply aggressively treating pyrexia. Approximately half of the patients included in TTM2 had their temperatures actively managed with a device, leaving a knowledge gap regarding this intervention. Pyrexia is clearly associated with poorer outcomes following out-of-hospital cardiac arrest, but it remains unknown whether pyrexia may simply be treated or prevented via pharmacological methods.

Finally, the last major question raised by critics of trials of therapeutic hypothermia is about the rapidity with which patients attained target temperature. In TTM2, the median time from cardiac arrest to randomization was approximately two hours, and patients achieved core temperatures below 34° C approximately four hours later. It remains an open question whether cooling is achieved quickly enough to receive any therapeutic benefit from hypothermia. Prehospital trials using cold saline have achieved rapid cooling prior to hospital arrival but with concurrent adverse effects and no clear beneficial effect on hospital outcomes.7 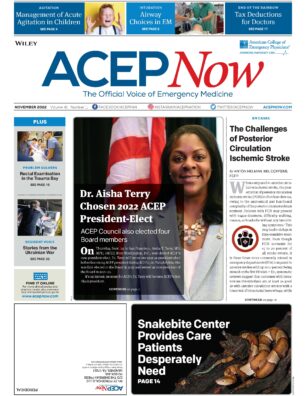