In Kids with Group A Strep, Do Steroids Shorten Illness Duration, Severity? 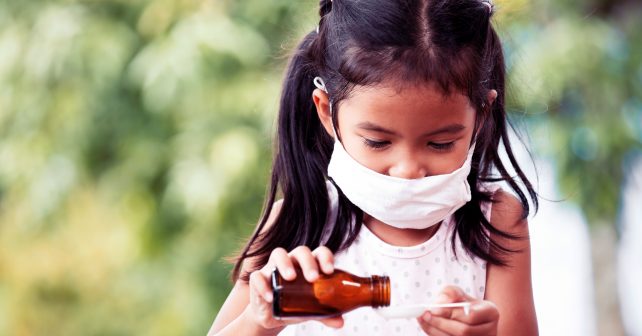 The best questions often stem from the inquisitive learner. As educators, we love, and are always humbled by, those moments when we get to say, “I don’t know.” For some of these questions, you may already know the answers. For others, you may never have thought to ask the question. For all, questions, comments, concerns, and critiques are encouraged. Welcome to the Kids Korner.

Question 2: In children with confirmed group A strep pharyngitis, do steroids shorten duration and severity of the illness?

With winter beginning, strep throat cases will start to ramp up. This month, we will look at group A strep (GAS) pharyngitis—not the broader bucket of “exudative pharyngitis” that may or may not include GAS.

We were able to find five randomized controlled trials (RCTs) that included GAS children receiving steroids.1–5 The mean ages (in years) of patients in these five studies that included children were 26.4, 28.1, 9.7, 11.9, and 7.7, respectively—meaning the first two studies predominantly included adults. We will therefore focus on the remaining three RCTs. (This is Kids Korner, folks.)

A 2003 RCT by Bulloch et al included 184 children ages 5–16 years and evaluated adjuvant oral dexamethasone in both GAS-positive (n=85) and GAS-negative (n=99) patients.3 Consecutive children at a single pediatric emergency department presenting with symptoms of pharyngitis were assessed and received a rapid strep test. GAS-positive and -negative patients were then randomized to receive adjuvant oral dexamethasone 0.6 mg/kg (maximum of 10 mg) or placebo. All GAS-positive patients received antibiotics. Exclusions included children who were immunocompromised, had an abscess, or had corticosteroid exposure during the preceding two months, as well as pregnant patients, patients with diabetes, or those already taking antibiotics. Follow-up was at 24 hours, 48 hours, and one month.

Pain intensity in all groups was not significantly different. Overall, there was no statistically significant change in time to complete pain relief between dexamethasone and placebo groups—independent of whether the patient was GAS positive or negative. In the GAS-positive group, though, there was a significantly shorter mean time to clinically significant pain relief in the dexamethasone group (6.0 hours versus 11.5 hours; P=0.02). This was not found in the GAS-negative group (P=0.32).

The second RCT by Olympia et al evaluated a convenience sample of 125 children ages 5–18 years who presented to an urban pediatric emergency department with moderate to severe pharyngitis.4 Exclusion criteria were similar to the study by Bulloch et al. Patients were then randomized to either receive oral dexamethasone (n=57) 0.6 mg/kg (maximum of 10 mg) or placebo (n=68), and all received a rapid strep test. If the rapid strep was positive, they received either intramuscular penicillin, oral amoxicillin, or oral azithromycin. Negative rapid strep tests were cultured. Primary endpoints were time to inception of pain relief, time to complete resolution of pain, need for further medical care, antipyretic usage, fever, and potential dexamethasone side effects.

A total of 70 children tested positive for GAS—27 in the dexamethasone group and 43 in the placebo group. Similar to the results of Bulloch et al, this study found a shorter time to initial relief of sore throat of 5.1 hours (95 percent confidence interval [CI], 0.5–10.8 hours) when comparing dexamethasone with placebo in the group that was GAS positive. The time to complete relief of sore throat, though, in this same GAS-positive group was not significantly different. For GAS-positive patients, the number was statistically significant but of uncertain clinical significance. Interestingly, the GAS-negative group had a statistically shorter time to initial relief and complete relief of sore throat of 15.3 and 32.9 hours, respectively. It is important to note, though, that the study only included patients with moderate to severe pain. No patients with mild pain were included. For children with strep throat (GAS-positive), oral dexamethasone may only mildly shorten initial pain relief.

A systematic review by Wing et al yielded similar conclusions regarding faster pain relief in GAS-positive patients given oral dexamethasone.6 Another review by Schams et al concluded that “for children with severe symptoms and bacterial pathogens confirmed by rapid streptococcal tests, a single dose of oral dexamethasone can be considered a safe adjunctive treatment with antibiotics.”7 Conversely, the only national guideline we are able to find on this topic is from the Italian panel on pharyngitis in children, which recommends against the use of steroids for pharyngitis, stating “steroids may mask signs or symptoms of underlying severe disease such as lymphomas or other malignancy, potentially leading to a delay in diagnosis.”8 They do not differentiate between GAS-positive and GAS-negative cases in their recommendations. 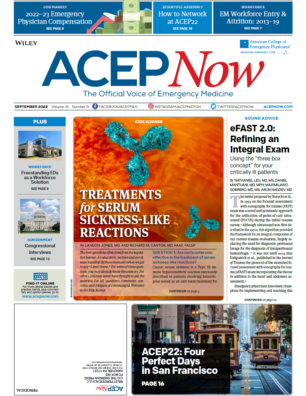 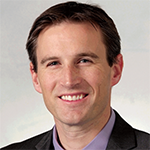 Dr. Jones is assistant professor of pediatric emergency medicine at the University of Kentucky in Lexington.

One Response to “In Kids with Group A Strep, Do Steroids Shorten Illness Duration, Severity?”