By Michael A. Granovsky, MD, FACEP | on January 1, 2009 | 0 Comment
From the College
Print-Friendly Version

Perhaps the best reimbursement news of the year for emergency physicians is found in the 2009 Medicare Physician Fee Schedule Final Rule relating to the continued positive effects of the 2007 RBRVS Update Committee (RUC) Five-Year Review.

Following the Five-Year Review, emergency department (ED) reimbursement immediately increased 7% starting in 2007. However, further gains were offset by the Centers for Medicare & Medicaid Services (CMS) instituting a work RVU budget neutrality factor, which disproportionately affected emergency medicine. In 2009 the work RVU budget neutrality factor has been removed and will be applied to the Medicare conversion factor instead, decreasing it from $38.08 to $36.06.

Congress recently approved a 1.1% increase in 2009 Medicare physician payments. This increase went to all physicians as part of the temporary sustainable growth rate (SGR) fix through the end of 2009. Emergency physicians will receive an additional 3% increase based on the change in the application of the budget neutrality factor. The resulting 4% increase is the largest among physician specialties.

See the accompanying table for a comparison of 2008 and 2009 Medicare payments. 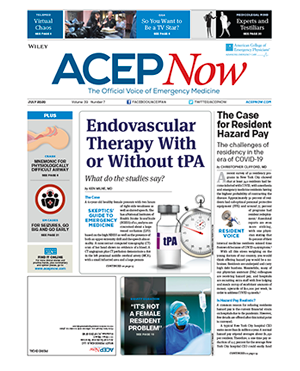 No Responses to “New Year Brings Coding and Reimbursement Changes”