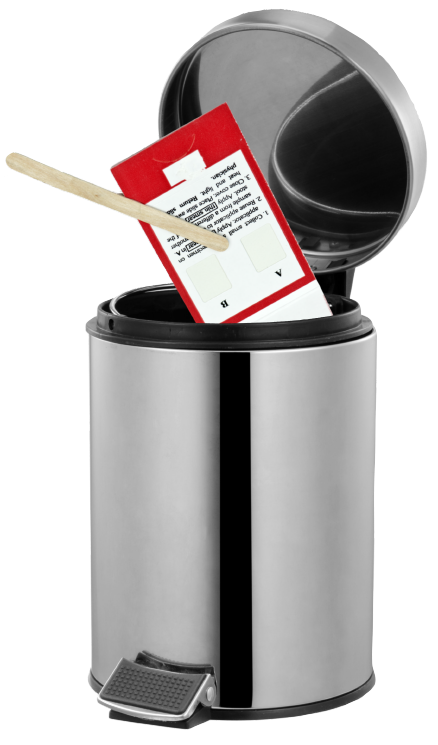 If a test result does not impact management of a patient—or, worse, is misleading—should the test even be performed? Scrutiny about the guaiac-based fecal occult blood test and its role in the emergency department is long overdue. By carefully assessing this question, some hospitals have correctly concluded that it is time to retire fecal occult blood testing (FOBT).

The FOBT legend begins in the annals of screening for lower gastrointestinal malignancy. Small amounts of heme present in a stool sample react with a hydrogen peroxide–based developer to oxidize guaiac-infused paper, resulting in a blue color.1 Small amounts of blood, potentially from an otherwise asymptomatic early malignancy, may trigger appropriate downstream screening. Ultimately, population-based cancer screening using FOBT was popularized in the 1990s after several trials demonstrated mortality reductions.2 While we do not perform cancer screening in the emergency department, we may take an interest in the presence or absence of blood in the stool. Thus, this inexpensive, readily available test became part of the armamentarium of the emergency department.

Unfortunately, guaiac-based FOBT is not a good test. When used for cancer screening, the sensitivity for malignancy—using heme positivity as a surrogate—is quite poor. Estimates for sensitivity of a single sample range from 15 to 30 percent.3 Because of these limitations, the typical collection procedure involves providing the patient with three separate cards upon which to collect samples from six different stools. These cumbersome procedures have coaxed the movement from guaiac-based kits toward immunochemical assays, whose sensitivity is sufficient with only one sample. Worse still with respect to ED practice, both sensitivity and specificity of guaiac-based FOBT for malignancy decrease with samples collected by digital rectal exam compared to those collected from spontaneously passed stool.4

Meanwhile, the list of sources of false-positive guaiac-based FOBT results is extensive. Nongastrointestinal blood, such as epistaxis, may produce a positive result unrelated to a clinically important etiology. Many foods can confound results of the guaiac-based FOBT, including meat products containing nonhuman heme and vegetables containing peroxidases, such as broccoli. When guaiac-based FOBT is used in outpatient screening, patients are instructed to abstain from such foods, which is not an option in the emergency department. The subjective nature of judging the color-based outcome on the card also leads to both false positives and false negatives.

With this excess of data throwing the utility of FOBT into question, the onus ought to be on those who would support its use in clinical settings to demonstrate its value. Hospitals that retrospectively evaluated the effect of guaiac-based FOBT on downstream testing have found profound mismatch between test results and follow-up endoscopy.7 This finding is consistent with surveys of the perceived value of the test across the spectrum of general practitioners as compared with gastroenterologists—a scant minority of gastroenterologists reported FOBT as appropriate for use in the emergency department, and the majority do not rely on the test to alter management.8 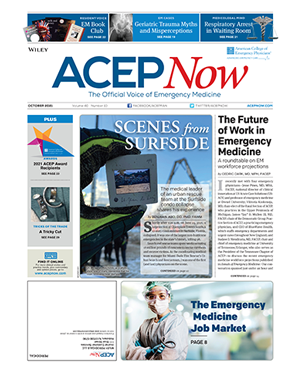