Injuries from Inner-City Guns Reignite Plea to Stop the Violence

“Don’t let me die,” he told me. As I provided supplemental oxygen to him at the head of the bed, I told him, “You are in good hands. Everything will be OK.” But everything wasn’t OK. He had multiple gunshot wounds to his abdomen and died on the operating room table 30 minutes later. He was only 27 years old, not much younger than I at the time, and his last words were a plea to save his life.

To his family and friends, this would be a tragic loss that would change their lives forever. To the greater world around him, he is sadly another unfortunate statistic of inner-city gun violence. The photos shown this month are not of this particular patient but of those who shared the same fear, pain, and stress of being a victim of violence. 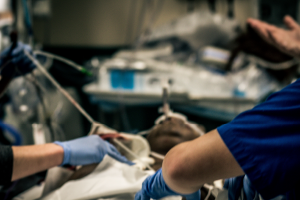 This topic of inner-city violence strikes a chord with me. Being an African-American physician, I cannot help but lament over the loss of life in the community I serve. Normally, I try to place some mental and emotional distance between myself and the tragic events that I frequently encounter in the emergency department to preserve my humanity. However, that distance becomes hard to place when you are continually treating peers who look like you and come from a similar background as you. I cannot help but feel something. Despair? Anger? Guilt? Maybe all of the above? Whatever the feeling is, it drives the question of how we, as a society, can stop the violence.

Injuries from gun violence account for nearly 37,000 emergency department visits annually. Firearms are the second leading cause of death among youths (14–24 years of age) in the United States and disproportionately affect youth and adult populations in minority communities stricken by poverty and neglect.1 Individuals victimized by firearms are at higher risk to be reinjured and rehospitalized, especially within the first year after their injury. They experience higher rates of functional disability, PTSD, and depression.2 Furthermore, the societal costs associated with firearm violence, injury, and death are not trivial. Every year, an estimated $630 million is spent on acute medical care alone, and there is approximately $32 billion in lost wages and productivity.3

A handful of interventions such as blight remediation and therapist-delivered interventions have been shown to decrease firearm and non-firearm violence.3,4 However, there is still a paucity of medical literature and validated interventions on how we as a medical community can ameliorate the effects of gun violence. As emergency physicians, we are on the front lines of this epidemic and have a unique but powerful capacity to make change. I am by no means advocating for the infringement on people’s Second Amendment rights. My plea is that we do more in curtailing this epidemic by supporting more research around this issue, investing in community-based interventions, and advocating for future victims who may become nameless statistics. 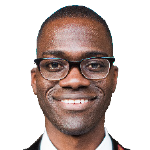