Fluoroquinolones Are in the FDA Spotlight Again 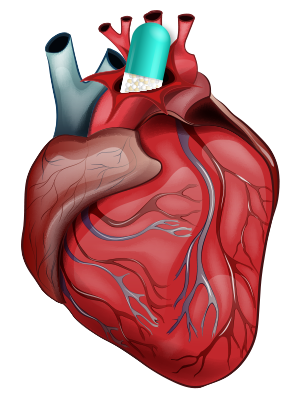 Earlier this year, we reviewed a “safety communication” released by the U.S. Food and Drug Administration (FDA) about an apparent increased risk of ruptures and tears in the aorta for certain patients who have taken fluoroquinolones.

The FDA has long had a beef with fluoroquinolones. In the past, it has released warnings related to the risks of tendon rupture, glycemic control, and central nervous system effects with fluoroquinolone use. In the past, the FDA advised against prescribing fluoroquinolones for conditions that most emergency physicians already do not treat with these agents (eg, sinus infections, bronchitis, and uncomplicated urinary tract infections). However, in a recent warning, which we covered on our show, the FDA’s concern about risks to the aorta led it to suggest that for older patients with certain conditions (ie, peripheral atherosclerotic vascular disease, hypertension, Marfan syndrome, and vascular-type Ehlers-Danlos syndrome), this class of medication should be avoided altogether. The FDA made this recommendation based on several retrospective studies that seem to suggest a doubling of risk of either aortic aneurysms or aortic dissections.

The first problem we see with this FDA warning is that it puts aortic aneurysms and aortic dissections into the same bag. These are related conditions but are very different in terms of our level of concern in certain patients. New aneurysms can indeed be dangerous, but dissections of the aorta are so deadly that they are in a category of their own. When we looked deeper, it looked like the statistical signal does not hold up when you take away the far less dangerous aneurysms, considering only dissections. We don’t know how many of these aneurysms were actually new as opposed to chronic conditions.

The other question we have is just how serious is the risk in real life (ie, not just in terms of population-level epidemiology). Even if we accept a twofold risk of an aortic event associated with taking a fluoroquinolone, does that have any meaning at the level of the individual patient? The answer depends on just how common the conditions really are, and there is no consensus on this in the literature. If the actual rate of aortic syndromes is on the low end of the published estimates (nine events per 100,000 patients), a doubling in the rate of aneurysm or dissection is not even statistically significant. However, if these conditions truly are as common as the higher-end estimates (300 events per 100,000 patients), that same twofold risk begins to have meaning for more patients because the “number needed to harm” (ie, the number of patients who would have to take fluoroquinolones in order for one patient to develop an otherwise avoidable aortic syndrome) would be around 334.

Finally, we are concerned about the notion of “contraindication creep.” Many people talk about the idea of “indication creep” in the medical literature. Indication creep is when a therapy that has been shown to be effective on patients with a specific condition is given to patients with related but different conditions or in similar but different circumstances. For example, some data suggest that magnesium can help patients suffering from a migraine with an aura, but many physicians give magnesium to all patients with migraines whether or not an aura is present. Contraindication creep is the opposite. While the FDA specifically said that its warning about fluoroquinolones and aortic aneurysms or dissections should only be applied to patients with certain risks, we have already seen headlines that omit those qualifiers. While we, in general, support limiting the use of fluoroquinolones to conditions in which they are truly necessary, we worry that this warning will be over-applied and cause unnecessary hassles for physicians and patients.

What’s your opinion on this FDA warning? Let us know by following us on @FOAMpodcast and be sure to check out our show on iTunes and our blog at FOAMcast.org.

No Responses to “Fluoroquinolones Are in the FDA Spotlight Again”