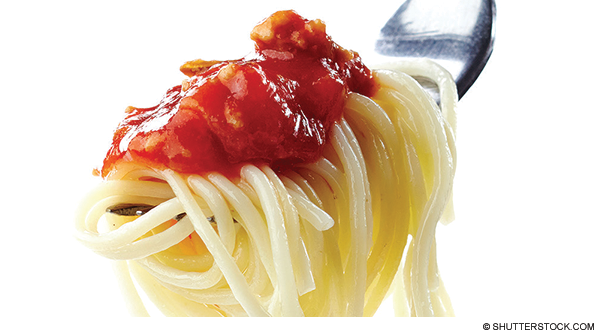 Starting this month, ACEP Now will feature one article each issue related to an ACEP eCME CME activity. Log on to the ACEP eCME CME site to complete the activity for this article and earn free AMA PRA Category 1 Credit.

“Hey, Doc, we got a possible stroke going into room 9.”
The EMS team arrived.”
“Hey, guys, what time did it start?” I said.
“We got a call about 45 minutes ago: 82-year-old male with trouble speaking and weakness since yesterday,” an EMT responded.
“Hi, sir. I’m Dr. Hodson. What brings you in today?”

The patient looked up at me and cupped his ear, then said, “I’m just a little weak is all. They worry about me being at home.” He pointed to his daughter and son-in-law, who were standing in the doorway.

“His wife is in the hospital here, too—my mother, that is,” said the daughter. “They think she had a stroke two days ago, and now he’s not acting himself either.”

No obvious slurred speech. Occasionally a hard consonant was lost, but there was no aphasia, maybe a mild dysarthria. It was difficult to tell without a prior examination, but something was definitely off. The patient’s gesticulations seemed wrong, something in the way he was moving his hands.

I tuned back into the meat of their conversation. “We’re just worried he had a stroke, like my mother did,” the daughter said. “They put her in the ICU today. Her swallowing got worse, but they say her CT scan and MRI look OK. They’re talking about doing a spinal tap on her to see what’s going on.”

Somewhere in the back of my head, a quiet alarm started to sound.

The gentleman was in his early 80s, thin, calm, and sitting up on the exam room stretcher. I watched him get off the EMS stretcher and walk to it and pace about the room for a minute when talking to his daughter. His gait looked good, without dramatic ataxia.

His history was largely unremarkable. He reported a day or so of gradually progressive slurred speech and a diffuse, vague weakness. I asked him to clarify what he meant and learned he was having trouble opening cans of food and felt somewhat weak, like his legs might give out, and that his eyes felt weak, like he couldn’t focus them at a distance.

The alarm in my head grew louder. Diffuse weakness, more of the distal and smaller muscles. Eyes, tongue, fingers this didn’t sound like stroke; this sounded peripheral. I had seen this before, years ago—but what and where? 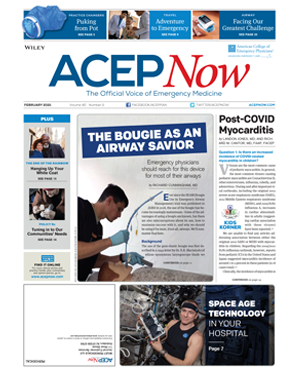