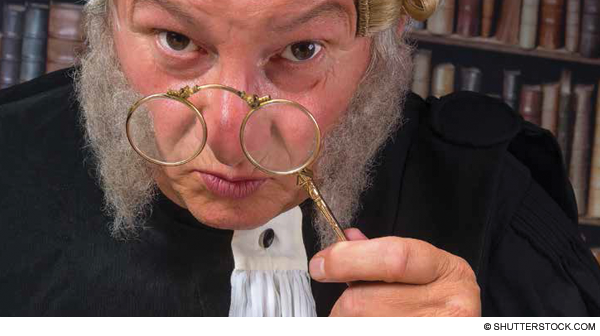 Just another day in your busy emergency department, except that today one of your patients ended up having a lumbar puncture positive for bacterial meningitis. You intubated the patient and were well within the three-foot radius for droplet exposure. You know that you need a single dose of ciprofloxacin and then you can safely go home to your family and friends. You could halt your work flow and get seen in your ED as a patient, but you could also just order that single dose of Cipro for the patient you’re currently treating and then take it yourself. The patient has Medicare; they are never going to pay for it. What’s standing in your way? Ethics!

We practice in high-stress environments, and are asked to make serious ethical decisions surrounding patient care and dispositions multiple times throughout each shift. We all have an individual moral compass to help us navigate, but we are also ethically guided and held accountable by an overarching document called the American Medical Association (AMA) Code of Medical Ethics.

History of the AMA Code of Medical Ethics

The first version of the Code of Medical Ethics was written in 1847, and the initial members of the AMA unanimously adopted it. Over the past 167 years, the Code has been through multiple revisions with amendments and additions as the health care arena has changed. The Code currently consists of a general preamble and the nine principles of medical ethics followed by 10 chapters of ethical policy. The Code is considered the real-world application of ethical principles to the modern practice of medicine.1

I am not an AMA member, so how can the code apply to me?
The AMA Code of Medical Ethics is applied to all practicing physicians in the United States and is used as a template for medical ethics in most other industrialized nations. Your membership status in the AMA does not determine whether or not you are governed by the Code, and if you are called into question in a court of law, the Code can and will be used to both defend and attack the decisions you have made. The AMA Code of Medical Ethics is a measuring stick that is applied to all physicians.

Who makes the code and maintains its accuracy?
The AMA Code of Medical Ethics is written and maintained by the Council on Ethical and Judicial Affairs. The council is composed of eight physicians and one medical student. One of the physician seats is reserved for a resident or fellow physician. The President of the AMA nominates all of the members of the Council. The medical student serves a two-year term, the resident/fellow physician serves a three-year term, and the other seven members serve seven-year terms. The Council writes the reports and ethical policy, and these reports are then proffered to the House of Delegates (HOD) of the AMA. The reports and new policy are debated in reference committee and on the floor of the HOD. The reference committee and the Delegates of the HOD vote to pass the new policy and file the report, to refer the report back to the Council, or to vote down the report and policy. Due to the sensitive nature of many of the reports and policies, it is not unusual for reports to be referred back to the Council multiple times before being adopted by the HOD.