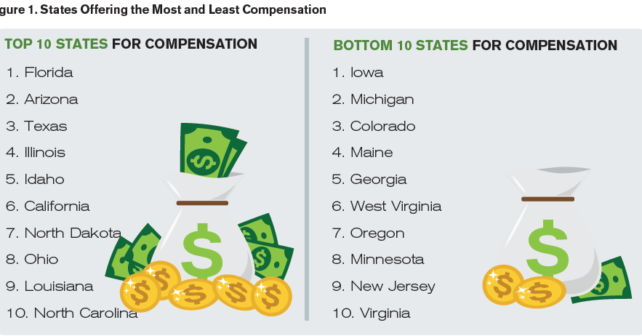 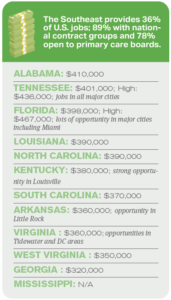 Two and a half years into the COVID-19 crisis and no doubt you are thinking the job  market should be returning to normal, right? Not so fast . . . the news is less than stellar. The Fall 2022 market is up 15 percent from last year, but still lags behind the 2019 market by 47 percent! Other elements of the market, however, have increased. In 2019, 63 percent of available jobs were with national contract groups with 53 percent open to primary care physicians. This season, national contract groups represent 73 percent of the open jobs and 58 percent are open to physicians boarded in primary care specialties.

Due to dwindling compensation information, this year’s report is a combination of position availability and compensation stats where available. All compensation numbers represent salaries only—no bonuses, benefits, or front money have been included. These are all from currently available positions and annual incomes are based on 1,560 clinical hours.

As usual, the breakdown is by geographic regions. As far as trends, the big sign-on bonuses are still mostly a thing of the past, but I have seen one or two in seriously tough geographic locations. Some of the large, national contract groups are back to offering a monthly stipend, but loan forgiveness is pretty much dead. 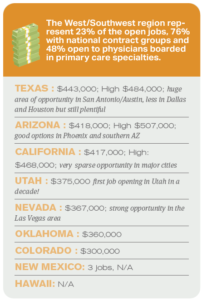 If you are a 2023 graduate, start your job search now because there are still more new graduates than job openings. On the plus side, that doesn’t include the open spots that are never advertised. Best of luck!

Barbara Katz has been working exclusively with emergency physicians since 1991 and is the founder of The Katz Company EMC, Inc. 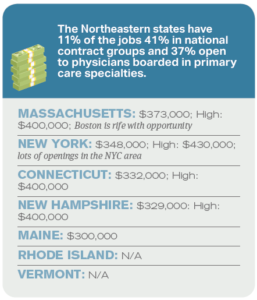 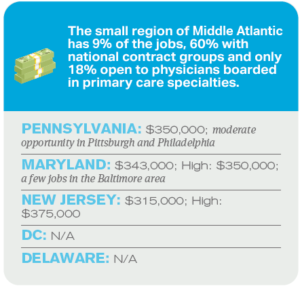 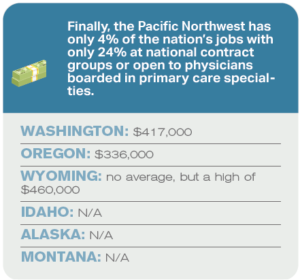